Rym Ayadi (Ph.D.) is Professor of International Business and Finance, Board Member of the Alfonse and Dorimène Desjardins International Institute for Cooperatives and Founding Director of the International Research Centre on Cooperative Finance (IRCCF) at HEC Montreal Business School in Canada. She is Honorary Visiting Professor at the Faculty of Finance and member of the Centre for Banking Research (CBR) at CASS Business School, City University of London. She is Associate Senior Research Fellow at the Euro-Mediterranean University (EMUNI) in Slovenia and the Founder and Scientific Director of the Euro-Mediterranean Network for Economic Studies (EMNES). She is President of the Euro-Mediterranean Economists Association (EMEA).Professor Ayadi’s fields of expertise include international financial systems, financial markets and institutions, global financial regulation and governance and socio-economic development and foresight in economies in transition.

Professor Ayadi is expert member of several high-level expert groups in the European Commission (currently member of the Financial Services Users Group (FSUG), external advisor to the European Parliament (Economic and Financial Committee and Committee on Foreign Affairs – (EP Think Tank), Mediterranean Assembly of the Mediterranean and the Union for the Mediterranean and invited expert in international organisations (e.g. IMF, OECD and others).  She is co-chairing the International Workshop on Financial System Architecture and Stability (IWFSAS). Previously, she served as the Director of the Alfonse and Dorimène Desjardins International Institute for Cooperatives of HEC Montreal between 2014 and 2017. She was Senior Research Fellow and Head of the Financial Institutions Unit at the Centre for European Policy Studies (CEPS) in Brussels (Between 2001 and 2014). She served as an academic senior expert member of the European Insurance and Occupational Pensions Authority (EIOPA) Stakeholder Group (Between 2011 and 2013). She was the director of the Mediterranean Prospects Research Network (MEDPRO), an international research network for foresight analysis in the Euro-Mediterranean region (Between 2009 and 2013) funded by the Seventh Framework Program of the EU. She was also Vice President of the European Financial Inclusion Network (EFIN), a European network that promotes mutual learning on financial inclusion.

Professor Ayadi will contribute in LUMSA, as a senior invited scholar, on the following issues:

Since autumn 2014, Professor Jan Bulla held a position as Associate Professor at the University of Bergen (Norway), and became full professor in spring 2015. Before, he was employed as Maître de Conferences at the University of Caen (France), and also had a post-doctoral position at the Victoria University of Wellington (New Zealand) after finishing his PhD at the Georg-August-Universität Göttingen (Germany).His main research interests lies in the field of Hidden (Semi-)Markov Models and their applications, and computational statistics. Moreover, he has also been working on model-based classification and applied statistics in various fields, e.g. forestry, medicine and environmetrics. His scientific activities have resulted in publications in different fields, and he has been invited as reviewer for numerous journals.Apart from scientific research, he has been actively contributing to industrial research in the context of consulting projects with various companies in different sectors (Banking, Energy, Forestry, Healthcare, Marketing...)."

In the period from 7th of May to 7th of June 2018 he will be a Visiting Scholar at LUMSA and he will be working with Professor Antonello Maruotti of the Department of Law, Economics, Politics and Modern languages on nonlinear stochastic models with time dynamics. 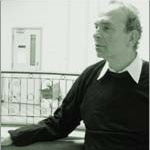 Professor Barry H. Schneider is a member of the Department of Psychology, Boston College, which he joins after a 33-year career as professor of psychology at the University of Ottawa, Canada and child-clinical psychologist in part-time practice. He has been visiting professor in 11 countries and is involved actively in research projects in Italy, Spain and Cuba. The overarching theme of his research is the interpersonal relationships of children and adolescents, especially children and adolescents with ADHD and social anxiety. In addition to over 100 articles in refereed journals, Prof. Schneider is the author or editor of 6 books.  The second edition of his text and reference book, Friends and Enemies, was published in 2016.  Child Psychology: From Infancy to Adolescence, published by Cambridge in 2013, is intended as a rigorous, upper-level textbook with an international scope.

His teaching includes courses on the depiction of mental disorder in film.  During his stay at LUMSA from 11th of May to 9th of June 2018, Prof. Schneider will collaborate with Prof. Caterina Fiorilli on a new, ground-breaking research project on the social support and friendship networks of Roman school teachers. He will also offer a seminar to doctoral students on well-being in individuals and organizations. He will present the second edition of his book Friends and Enemies:  Peer Relations in Childhood, published by Taylor and Francis/Psychology Press.

Professor Josè Ramon de Verda is a Full Professor of Civil Law at the University of Valencia. He graduated with merit at Valencia University and received his Ph.D. at Bologna University. He is President of the “Instituto de Derecho Iberoamericano”. He is Director of the journals “Revista Boliviana de Derecho” and “Revista Actualidad Jurídica Iberoamericana”, as well as of Valencia University’s “Research Group Person and Family” (GIUV2013-101). He has been Visiting Professor at the Universities of Perugia and Naples – Parthenope.

The research programme to be developed at the Law Department of LUMSA University, Palermo’s branch, from the 15th of May to the 16th of June 2018, is focused on personal rights and fundamental rights in a comparative perspective: a research field shared by Professor De Verda, and other researchers of the Civil Law Department of Valencia University, with some scholars of the Palermo’s Department. The research programme will be, in particular, dedicated to a comparative study of the concrete content of some personal rights (such as honour, privacy, image); as well as to the role of private autonomy towards them (with particular regard to the increasing importance of consent); to their balancing with other constitutional competing interests (such as freedom of information and free speech), in the framework of proportionality and reasonableness principles, both enshrined in the common constitutional traditions and in ECtHR’s case law; and last but not least to the remedies against their violations. During the research stay, in order to disseminate its results, the following activities will be realized: weekly meetings with Palermo’s scholars; training seminars for Ph.D. candidates; conferences for the students with regard to recent case law; publication of a final article.